The Games I've Made

I have made several games ranging from platformers to puzzle games to simple tap based games.
I have been releasing games on the Google Play store under Bit Shift Productions.

Below are a couple of games that have been made by me and are live on the play store right now.
Orbital Shield : Save The Planet
is a game which is simple and a great time waster. 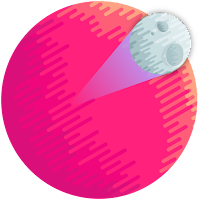 In Orbital Shield you control the one and only thing that protects your planet from utter destruction.
You have to use your skills to destroy those incoming asteroids before they take a chunk out of your planet.
In this visually pleasing and challenging game compete with your friends on the leader board, Collect space rocks to unlock new upgrades and improve your capabilities to defend against the onslaught of asteroids.
Get ready for unlimited fun with Orbital Shield.
Simple mechanics and addicting game play is in store for you.
Turnt
is a game which is a visual treat and is very much relaxing. 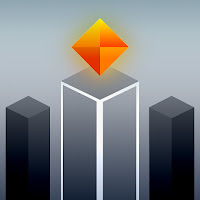 In Turnt, bring your timing skills to center stage and turn at the right time to score victory over your friends.
A lot of cool unlockables are there in the in-game shop which will keep you hungry for more for a long time.

Compete with your friends on the leaderboard, unlock all the goodies and share your score on social media.
This is a game that does one-tap right and for all you tappers out there, this is a must have.
Astro Rush : A Tap Jumper  was released under Impractical Productions.
The game is an endless adventure into the deep abyss of space.

You as the player have to guide your alien through the emptiness of space by placing platforms that the alien can jump on.
Time your taps, help your alien traverse through the planets and avoid black holes.You have to upgrade your power-ups to last longer in the game.
The upgrade system will keep you engaged for a long time.
Challenge your friends to see who can go the distance in the leaderboards.
Hours of endless fun to be had while playing Astro Rush.
Quantum Maze : The charge was released under Paradigm Shift

The game is about navigating through mazes of increasing complexity and to reach your goal of retrieving your charge by avoiding enemies and blockades.
Quantum Maze utilizes your phone's accelerometer to navigate through mazes of increasing complexity
This a great puzzle game with a fair bit of strategy thrown in.
The faster you complete the maze and less the damage you take, the higher your score for that level. Try to reach the final level and get back your lost charge.