You may have heard of Voronoi noise if you have worked with software like blender or substance painter. It's really good way of making surfaces that look like they have sharp creases enclosing a smooth surface.
Usually used to make hardened lava flows, parched ground as well as more organic looking structures like skin and animal hide, living cells. 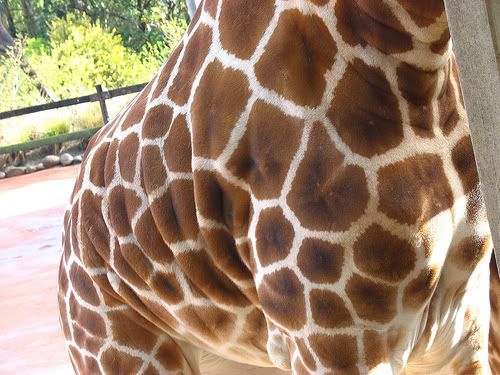 In this part we will see how to create a Voronoi pattern in Unity and how to set your own points in the shader itself to create the Voronoi pattern.
We will go over the 'Noise' part of Voronoi noise in Part 2.
The basic element that the Voronoi pattern depends is the 'Distance Field' function.
Take the case where there are 'N' points and we have to find the distance field of those points,
We have to calculate the distance between each pixel and the point closest to it.
This is what we will end up having in this tutorial:
We will be creating a script that passes a set of Vector2s to a shader which in turn draws it.
Before we get to C# scripting, we will see how to make the shader.
First of all we don't have any properties for this shader.😋. We will have properties in the coming parts.
But we do have a global variable called 'float2 _points[5]' - This can be accessed through C# code.
Let's look the two structs that we have:
No fancy-pancy stuff.
Now the vertex shader:
Nothing special here either. Now the fragment shader:
We will see all the important parts and break it down.
Here we are iterating through all the points and keeping the minimum distance value in minDist.
Then after that we are just adding that as the colour of the pixel.
So we essentially just drew the distance field of those points.
What we have to do now... is that we have to access those points by C# code.
So the Unity API provides us a way to do so, with the Material.SetVectorArray function.
So here is the C# code:
For ease of use in Editor I have used Vector2s as member variables and then later convert them to Vector4s before passing to the function. SetVectorArray only takes in List of Vector4s.
Now you can play around with it.. till your heart's content.
Move onto Part2 where we will do even cooler stuff and actually do Voronoi noise instead of just making a pattern with out inputs.
If you like programming shaders make sure you check these out : Shader Tutorials
Support Bitshift Programmer by leaving a like on Bitshift Programmer Facebook Page and be updated as soon as there is a new blog post.
If you have any questions that you might have about shaders or unity development in general don't be shy and leave a message on my facebook page or down in the comments.